Sales advertisements and runaway slaves notices from Quebec city's newspapers between 1767 and 1791: 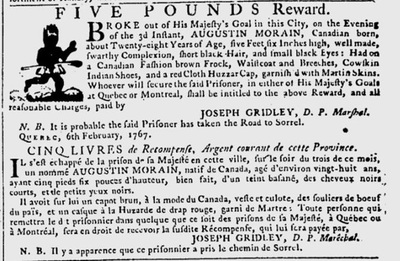 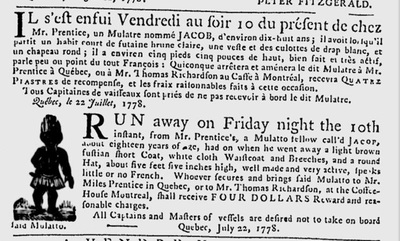 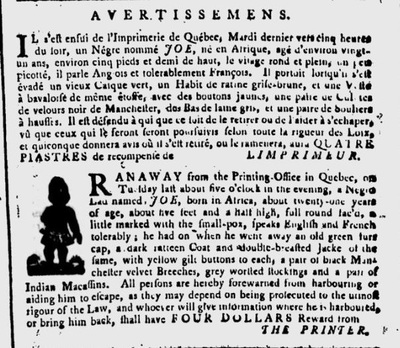 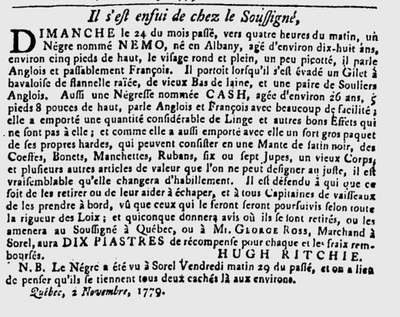 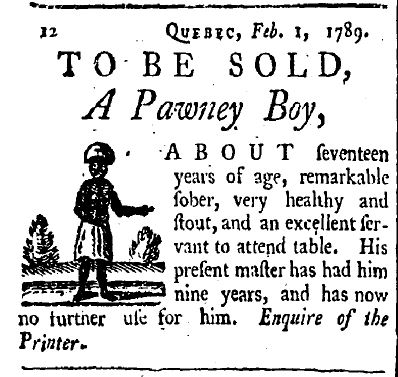 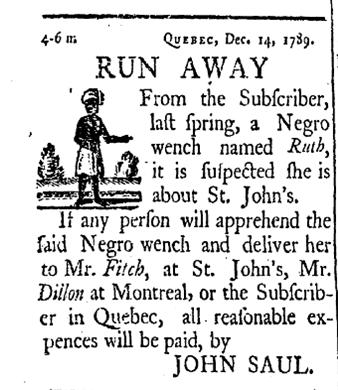 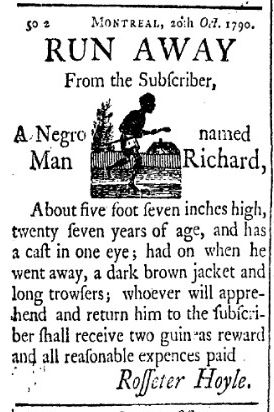 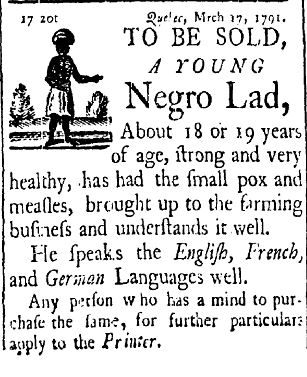 John Williams's advertisement for the barbershop he ran with his brother from 1870 to 1920 on St-Louis street. Born in 1834 from a jamaican father and an irish mother, he died in 1913: 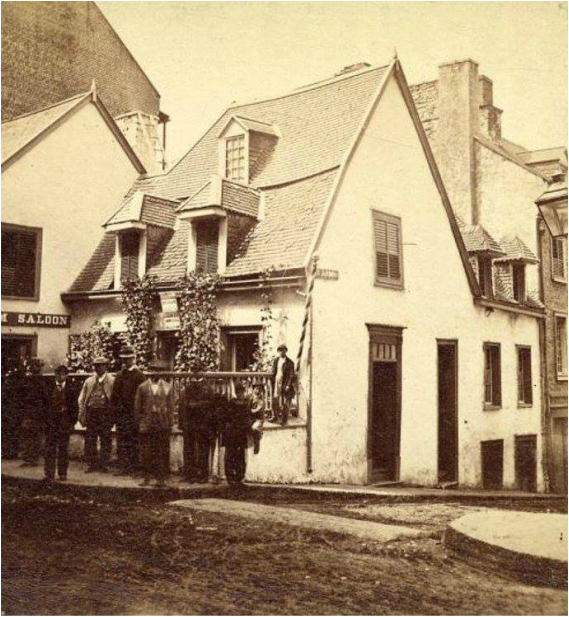 The Maison Jacquet in 1870, when the brothers John and James David Williams had there barbershop on Saint-Louis street in Quebec city.

June 4th 1734, the slave Marie-Josèphe-Angélique was sentenced to death for allegedly setting fire to a part of the city of Montreal to cover her flight with her lover to New England. Her appeal to the Superior Council of Quebec was denied and the latter upheld the previous judgment. She was tortured and hanged on June 21st and her ashes scattered to the wind. The hangman was also a slave, Mathieu Léveillé from Martinique; it was his first execution. The following document is the confirmation of the death sentence, dated June 12th 1734: 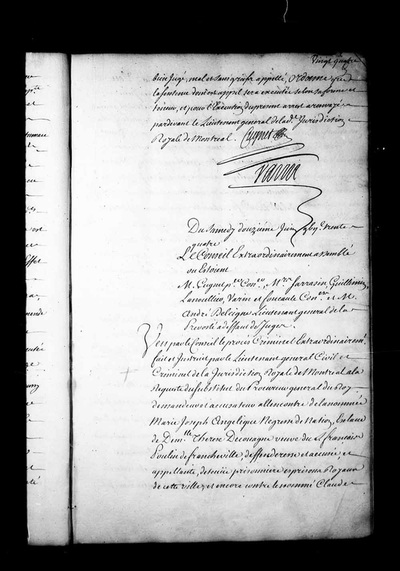 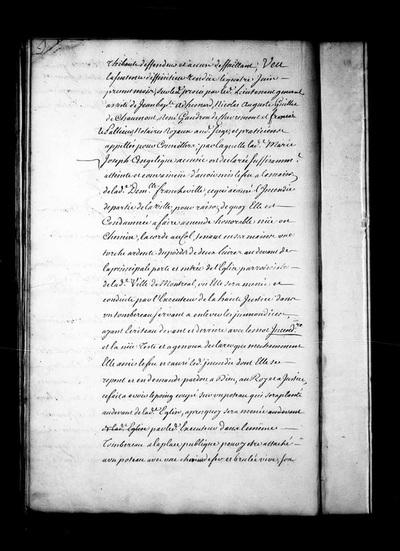 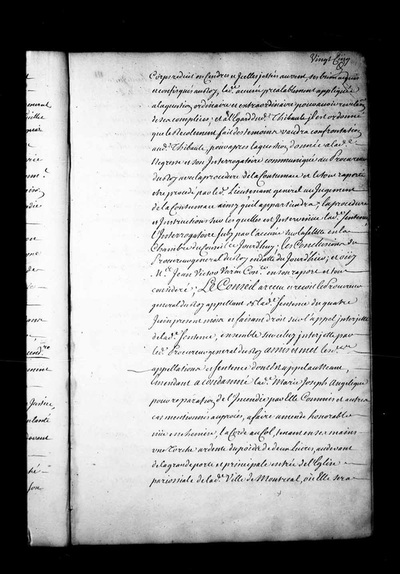 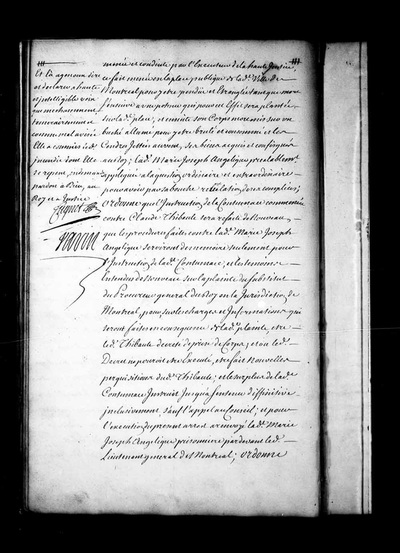 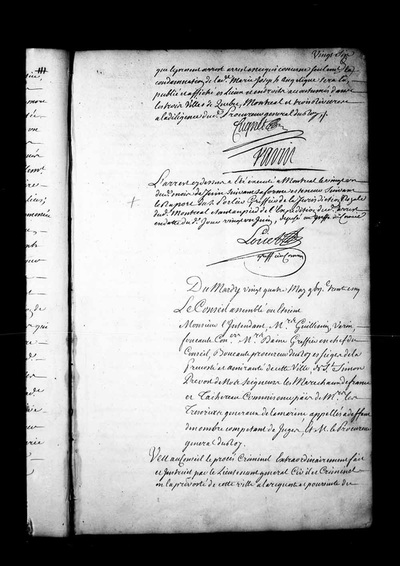 On April 13th 1709, the intendant Jacques Raudot issued an order in Quebec, Trois-Rivières and Montreal about the servile status of the black and native slaves in New-France: 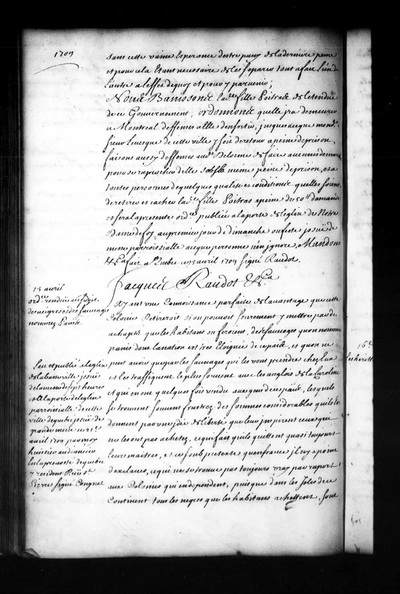 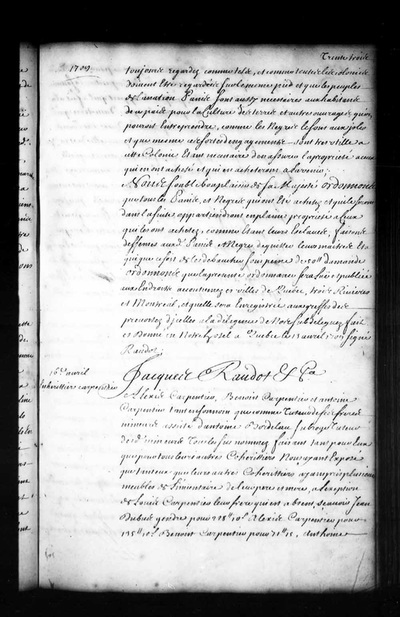 "A view of the Jesuits College and Church" by Richard Short (1760). There is a couple followed by a black slave in the lower right corner. 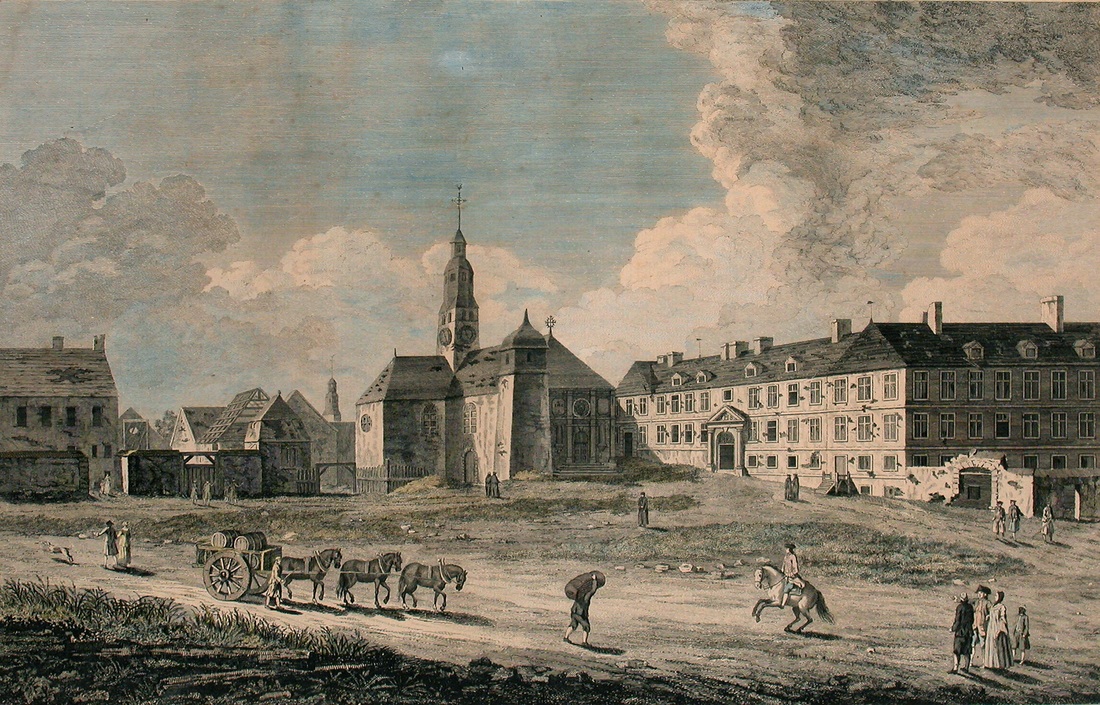 Source: M970.67.7 | Print | A view of the Jesuits College and Church | Richard Short | 1760 | © McCord Museum
See the detailed document here.
"Ruins of the Intendant Palace" by George Heriot in 1799. According to the writer Frank Mackey, the black man pictured could be either John Harrison or George Skeen, two beggars living in Saint-Roch near the ruins of the Intendant palace at this time. 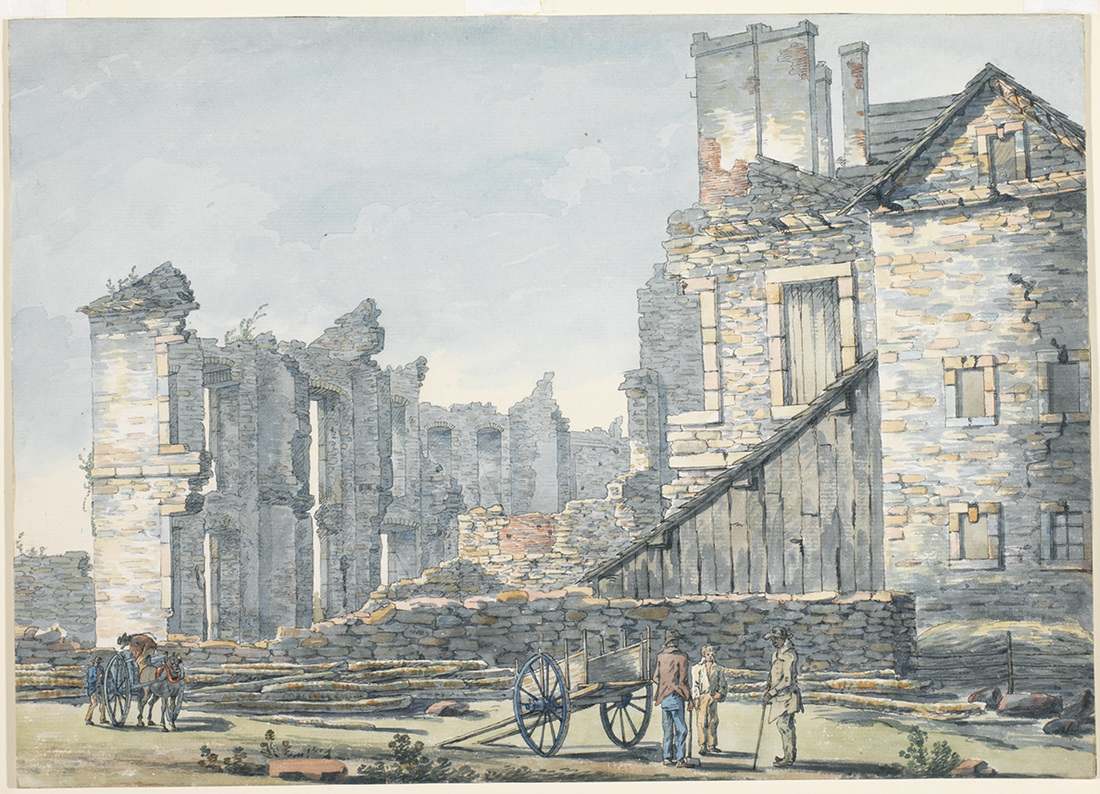 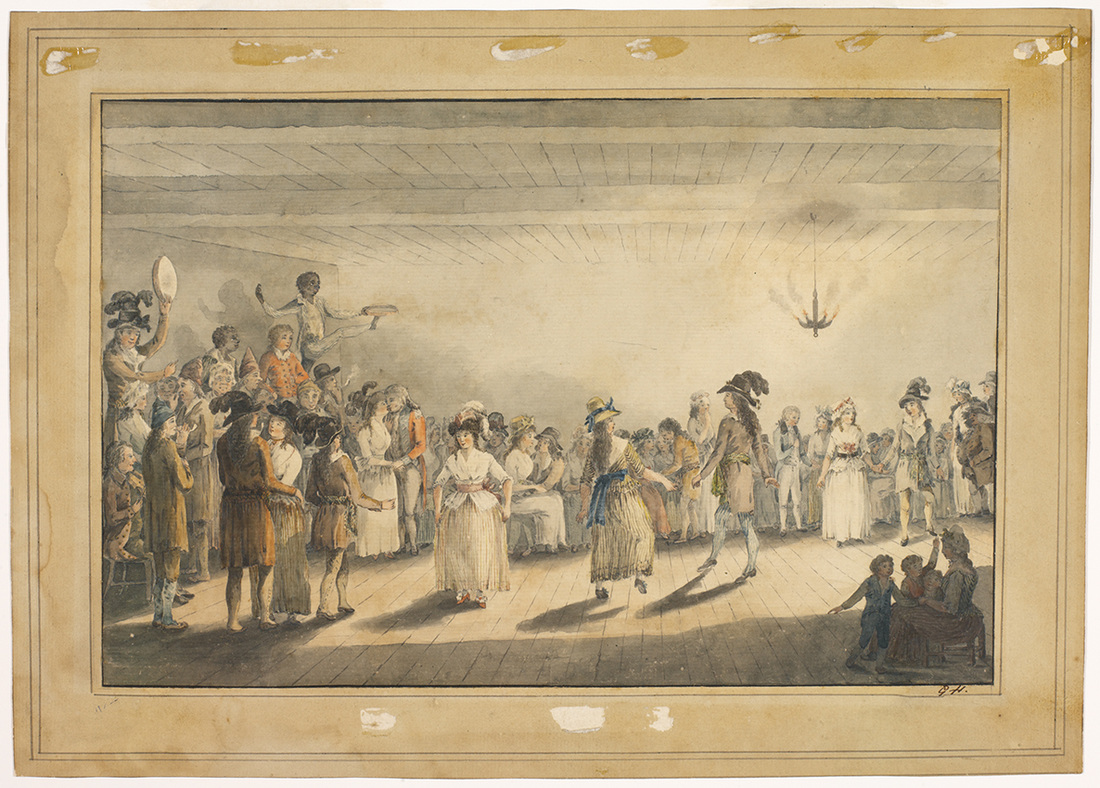 Books about the black presence and slavery in Quebec/Canada